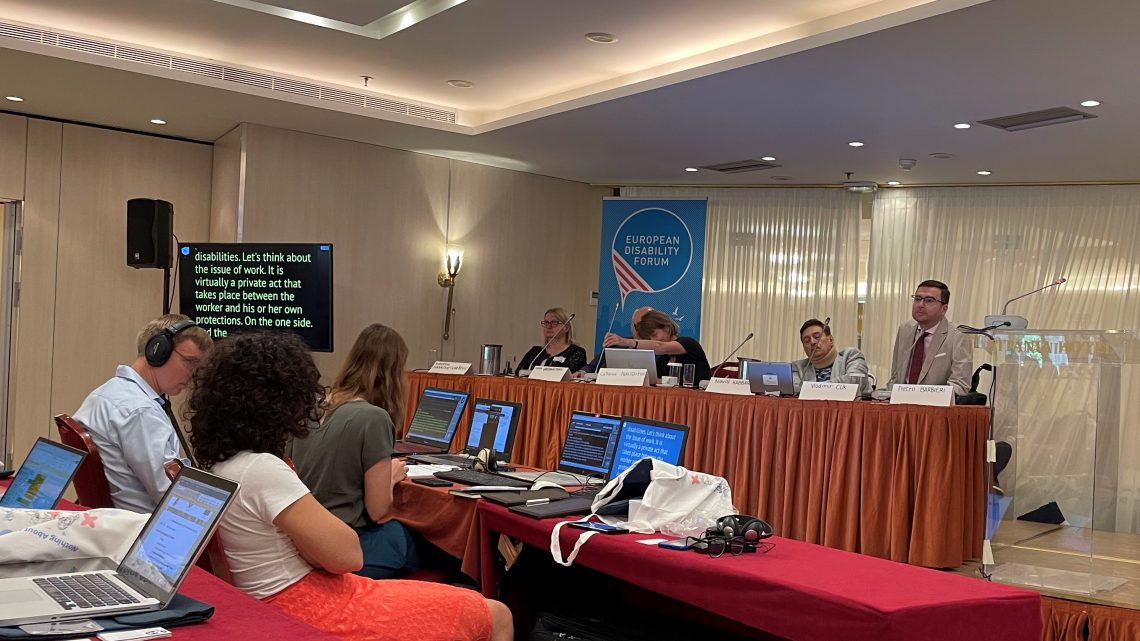 European Disability Forum – EDF is the voice of European people with disabilities. It brings together a representative organisation of people with disabilities across all Europe that advocate for the rights of disabled people and an inclusive democratic society. The aim of these organizations is to achieve improvements in the lives of disabled people in the field of accessibility, the European Disability Card, transport, independent living, young people, the position of women, digital development, social policies, human rights, international cooperation.

At the end of June, Jernej Sluga, president of AIA, and Marija Michaud attended the EDF general assembly in Athens. There were around 180 participants. Among the speakers were the European Commissioner for Equality Helena Dalli (via video link), Director at DG Employment, Social Affairs and Inclusion Katarina Ivanković Knežević, Deputy Speaker of the Parliament Dimitrios Papadimoulis and Pietro Barbieri, EESC Member, President of the Thematic study group on disability rights. 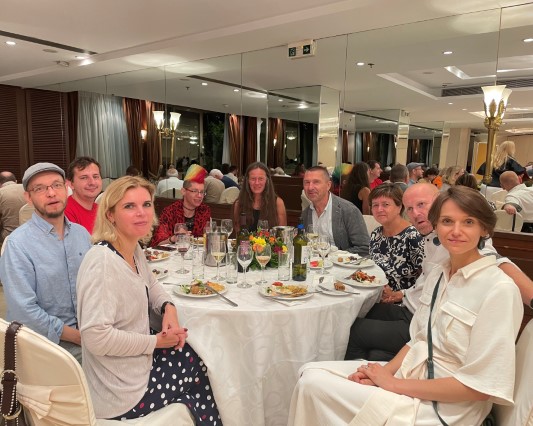 The event was chaired by Yannis Vardakastanis, president of the EDF Executive Board, and Director Catherine Naughton. Catherine is the heart of the organization and ensures that everyting runs smoothly and that every opinion of disabled people is heard. President Vardakastanis praised her work, as he has been following the development of EDF for 25 years. Among the Slovenians, FIHO director Borut Sever and NSIOS general secretary Mojca Vaupotič attended the event.

AIA, the association of people with aphasia is also a member of EDF, and this November we are invited to Brussels – to the headquarters of the organization, where we will present our association and aphasia. We were delighted to receive the invitation. 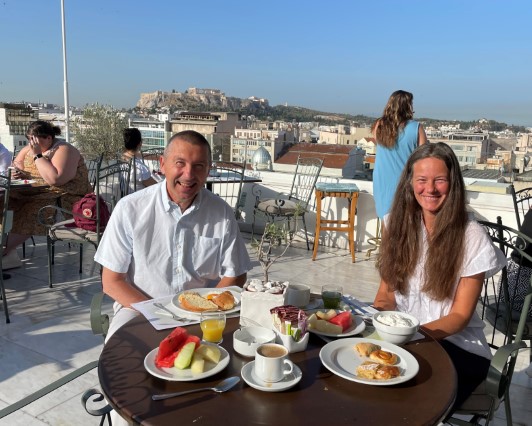 I have met some open-minded people who, despite their limitations, spread their voice: “Go make some drama” and “The world needs more colours” were memorable words from a tetraplegic. The day-long meeting ended with a celebratory dinner for the 25th anniversary of the EDF, which was an opportunity to get to know each other in an informal way. The event was adapted for deaf-mute and visually impaired people. It was a little too long for the limitations that stroke patients have, and the visual presentations were also lacking.

Athens is warm, it has good energy and beautiful views of ancient architecture.

Next post Members of Slovenian Cerebrovascular Disease Association on a trip